From Me to You: Everything Means Nothing, or a Primer on Rejections

Welcome, one and all, to the fifth and final-for-now From Me to You digital pamphlet. There may be more topics for me to cover in the future, but my download folder is nearly out of favorite images, so it's time to say adios. I wish I'd posted these every two weeks instead of every week, because I think we're all getting a little fatigued, but if wishes were horses, those wishes would all run away, shrieking and bucking, terrified of a great unseen evil.*


The first pamphlet regarded looking up markets to which to submit your work. Then I explained about little details in the submission process, followed by cover letters. Last week I ranted about bios and discussed the patience required in waiting for an answer. This week, a survival guide for rejections and acceptances.

When you submit work to magazines that are worthy of it, the likeliest scenario is that you'll get a rejection. So what do you do with that information? Let's say you get a rejection like this (taken from life, although not from Western Humanities Review):


Thank you for sending us "Carlotta Made Flesh". We really enjoyed this piece, but we didn't feel it was right for [magazine].

We hope that you will continue to send us your work.

The Editors of [magazine]

You might be tempted to analyze this like a poem, down to the last syllable and comma. Don't. They may mean it that they enjoyed your story, and they may really be encouraging you to submit again, but it may be a form letter that's particularly courteous. Don't use this letter to assume anything about what the market wants from you in the future, drawing some kind of weird triangle between the words they used and various aspects of the story and the timing of the rejection. All this means, all it can ever mean, is "No, thank you."

This is true for most rejections, that all they mean is "No, thank you." You might get specific and helpful rejection letters, but you'll know them. They won't look like the letter above. 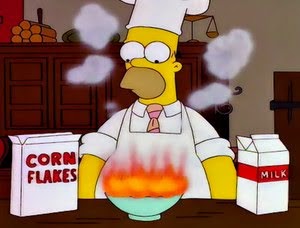 In essence, rejections mean nothing. This is true for the wording, but it's also true for the gesture itself. Rejections don't necessarily mean your writing or your life is worthless, nor do they mean the editors are fools who will never appreciate you and upon whom you'll find a way to wreak your terrible vengeance. Rejections mean that the market couldn't use your work. Full stop. Maybe not even that they didn't like it, but that they couldn't use it, for whatever reason. Again, you can't know anything about their editorial process. I suspect that a good half of the reasons for a rejection have little to do with the actual work, and more to do with that publication's requirements and constraints.

Don't reply to rejections unless it's to say thank you. I got a rejection once that was so kind as to be effusive, and the next time I submitted to that market, I included a note in my cover letter directing my submission to that reader and saying thanks for his kindness. Another rejection gave me extremely helpful feedback about my story (the next place I submitted it, after I made the suggested revisions, sent me an acceptance), so I wrote a short thank-you note acknowledging the editor's generosity with her time.


But don't reply to form letters. Don't write back with veiled versions of "But why? Didn't you mean to accept me instead?" You are not Cher Horowitz and you can't persuade them to take your story. And it should go without saying, but never ever ever EVER reply to rejections with vitriol. Never. Ever. Ever. If you must complain publicly about a rejection or an editor (and even though I've done it, I don't recommend it), stay anonymous. Don't set fires on wooden bridges.

The correct response to a rejection is to shrug and try again. New market, new story, whatever. Keep trying. I tend to let a story collect ten rejections before I trunk it and write other things, but as with all the other policies I've told you about in this series, make your own. One of my professors says thirty or forty rejections is more appropriate before you give up on a story, but I'm (fairly) realistic about the stage my writing is in and I realize that it's probably the quality of my work, rather than an inability to find a good fit for that work, that's the obstacle. 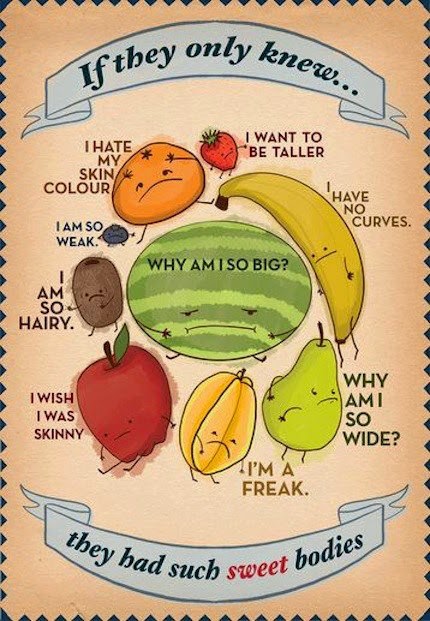 More and more often in the last few years, I find myself on publications' e-mailing lists. I used to think this meant something. I didn't check any relevant boxes on Submittable, so I thought the market somehow sorted writers into "worth keeping in touch with" and "not worth keeping in touch with" and put me on the former mailing list. This was a stupid assumption. How do literary magazines have any semblance of the time and effort required to do this kind of sorting? Plus, I generally get my first e-mail announcing a contest or something months before I actually get rejected by the market. That smells like an automated process. So, yeah, mailing lists don't mean anything either, to the best of my knowledge. Unsubscribe.

You may have noticed that I'm ssssslightly overanalytical, and if you have this problem too, well, let's get together for tea and caramels. Because it may be the hardest thing not to overanalyze, but it's also the wisest thing. There's no point in trying to glean concrete information out of any of this stuff. The only thing over which you have control is your work and its quality. It needs to be really fucking good. That's your sole responsibility and the sole aspect of all this that you can affect. Accept your powerlessness over the editorial process, and seize, for all you're worth, the power you do have to make your work really fucking good. 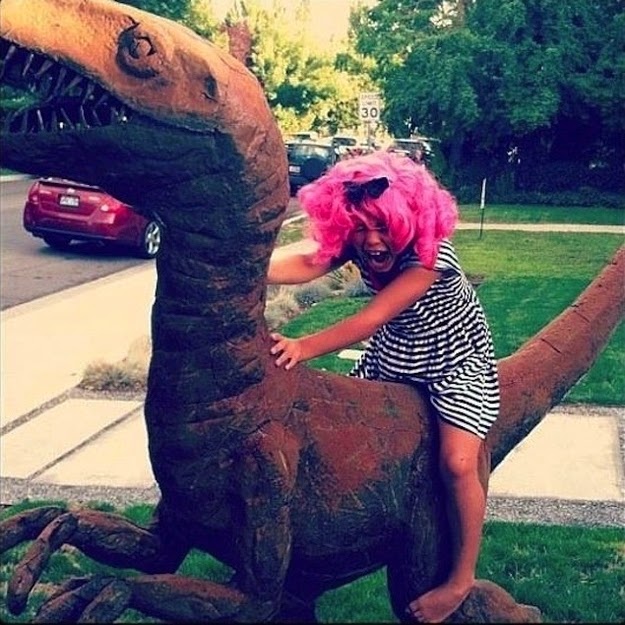 So, then, what do you do if you get an acceptance? Other than throwing yourself a ticker-tape parade and inviting She-Ra (and me, obviously)? Well, you say thank you to the editor and you wait for her or him to give you further instructions. My suggestion is to say nothing specific on social media, or to anyone with a big mouth, about the market that accepted you until the publication date. I've had some experience with this, so take my word for it: anything can happen to make an acceptance fall through.

I was proud of my story as it was, a pretty simple tale about a young woman who found herself in flagrante solo in front of a well-endowed houseguest, who then made utterly unrealistic love to her in a shower. It was accepted, but the editor told me she wanted me to make some changes to make it more appealing to the website's clientele, which skewed a good deal older than my story's main character. Her vision for the story included a frame where a middle-aged woman in a frigid marriage found the tale I'd already written in a diary, and reading it inspired her and her husband to bone happily ever after.

I thought this wasn't a bad idea, even if it wasn't my vision, so I rewrote the story. And then I rewrote it again. And again. The e-mails went back and forth for weeks, and I watched my original story gradually disappear, to be replaced by the story of this middle-aged woman who was a stranger to me. As this happened, I kept thinking about the royalties, not about my creative agency. It was a pseudonymous story, and it wasn't content that mattered thematically to me, so why not change it if it was going to make me some money?

Finally, the editor was happy with the story. She said she would put it on the site in the near future and keep me posted. And then...there was nothing. Nothing got put on the site, and I heard nothing from her. Weeks passed, and I e-mailed to ask what had happened with my story. She said she was having personal difficulties (a death in the family, I think) and would get back to me. A few desultory e-mails followed over the next few months, but in the end, her personal difficulties apparently got the better of her, because the site shut down before my story ever got the chance to earn a penny.

This disappointment sucked, but it would have been far uglier if it had been a story I cared a lot about. It was an efficient experience, because I learned several lessons about publishing just from the one incident. Unless you really don't give a damn about the content, or you're ghostwriting or something, don't let an editor overpower your vision for a story just because s/he accepts you. If you see that happening, withdraw your work and take it elsewhere. Clearly this editor didn't want my actual story, but she did want my ability to write a sex scene, and so she wheedled and twisted until she got what she wanted out of me without telling me she was doing so, which is a shitty way to behave. I figured out through this situation where my creative boundaries are. Find yours and stick to them. Don't get stupid just because someone said yes.

Other lessons: Don't assume a market is inviolable or permanent. Watch actions, not words; take more than one or two reassurances with a shaker of salt. An editor who lets her personal life intrude on her duties is probably not a very professional editor, or her organization is not shored up enough to handle bumps in the road. Not good signs.

But if all goes well, shout your acceptance to the rooftops. Tell everyone and their dog. This is an era of writerly self-promotion, so don't apologize for your good news. As in all things, just follow Wheaton's Law - 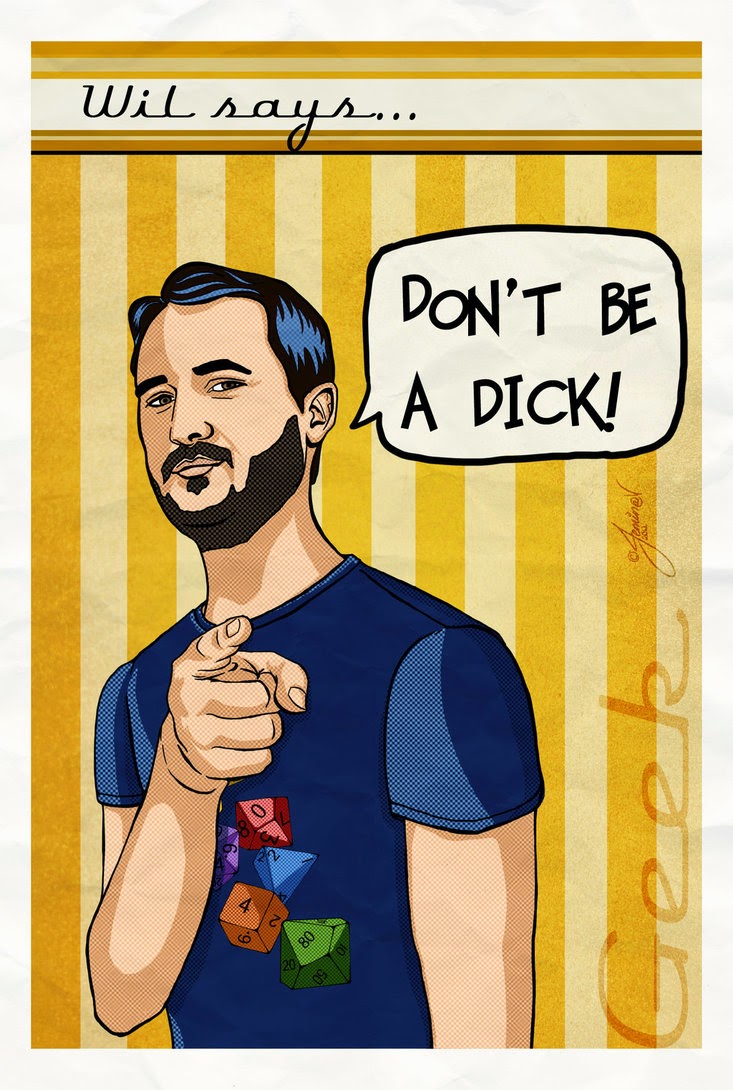 And that, as they say, is that. Did I leave anything out? Do you have questions about the submission process that I didn't answer? Did you want me to shut the hell up long before I did? Leave a comment or e-mail me, kcoldiron [at] gmail. And thanks for reading. As usual, as always, thanks for reading.

*Welcome to Night Vale, April 2013
Posted by Katharine Coldiron at 6:00 AM

This is great. Thanks Katharine. You've taught me to be more independent as a writer, and a fighter for your work.771

You're welcome! Thanks for visiting, and keep in touch. :)

From Me to You (An Administrative Advice Column for Writers)

Katharine Coldiron
The Fictator (fictator.blogspot.com) is my creative process in a glass house. The 1977 Project (1977project.blogspot.com) is a living notebook on a film book I'd like to write. I hope you enjoy either or both. For more, check out kcoldiron.com or find me on Twitter @ferrifrigida. You can also email me: kcoldiron [at] gmail [dot] com. I love new friends.

Many apologies, but I can no longer accept anonymous comments. The spam I get is just too burdensome. I really am sorry.

Most Read Posts During the Past Week

Most Read Posts of All Time